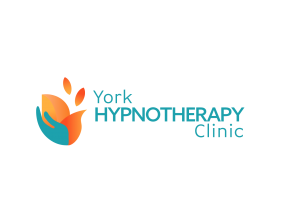 I have met very few people that enjoy role playing in a business environment and just saying the words ‘role play’, can strike fear into many.

What is the best
way to get good at
something?
I would like to think
most of you would
answer, practice.

Could hypnotherapy and the work I do with eye movement therapy be the answer?

I have met very few people that enjoy role playing in a business environment and just saying the words ‘role play’, can strike fear into many.

What is the best way to get good at something? I would like to think most of you would answer, practice.

Matthew Syed talks about this in his book ‘Bounce: The Myth of Talent and the Power of Practice’. Matthew was for many year England’s number one table tennis player and he now runs a Management Consultancy business.

He talks about 10,000 hours of purposeful practice to become World Class, on paper, that sounds like a lot of hours, however, if you start to break it down, it is not as big a task as you might think. Also, are you looking to become World Class at whatever it is you do?

We can all spend time visualising and I believe this can and should be done often if we really are looking to excel in our chosen field.

I have heard some interesting stories over the years, some direct from the source, some I would like to believe are true. Just over 20 years ago, I met Sally Gunnell, who won a gold medal at the Barcelona Olympics in 1992. She talked in detail about how much of her training regime was based on visualisation, seeing herself running the perfect race, imagining what it would feel like having that medal around her neck.

Now I am sure, some of her competitors, also imagined winning that medal, what was the difference between them and Sally?

The short answer would be, I do not honestly know, perhaps Sally had more natural talent, perhaps she trained more, I would like to think it was because she physically trained and mentally trained.

I have heard other stories about basketball teams and one where a coach sent half a struggling American college team home, and he asked them to visualise shooting hoops, the other half went on the court. The story goes that when he brought them back together as a team a month later, those that visualised had improved the most.

If you were to imagine doing something like throwing a basketball, would you imagine missing? Again, I would like to think, you would imagine the shot being perfect.

I am talking a great deal about sports here, however, we can visualise anything going well, and performance could be addressing a room full of people, giving a wedding speech for example.

Hypnosis provides us with the opportunity to successfully role play situations, and this can have a positive and profound impact on our confidence, self-belief and how we perform. If you are looking to excel, perhaps hypnotherapy holds to key.

Why choose me to help?

In studying for my Advanced Diploma (NQF 6), I was fortunate enough to study with ex-Sheffield Hallam University lecturer Doctor Paul Peace, Philosophy (PHD), Psychology, and Karen Bartle who holds a master’s degree in Health/Medical Psychology.

Throughout my career as a Hypnotherapist, I have been fortunate to study with people whom I consider to be some of the best in the business and in addition to studying with Karen and Paul, I trained with Matthew Ferguson and he has worked with Olympic athletes, Doctors and Psychiatrists to name but a few professions and he has over 25 years’ experience of Hypnosis and Clinical Hypnotherapy, and he also shared some fantastic knowledge and expertise with me.

I was also, fortunate enough to study with Nick Davies who created the BLAST Technique®

The studying I completed with Nick, sees me able to resolve negative memories through eye movement, and this is one of the most valuable skills I possess. I have studied numerous times with him and there are less than 50 Advanced BLAST Technique practitioner® in the world (3/2/21), of which I am one.

In short, I have an Advanced Diploma in Clinical Hypnotherapy, I am a Master Practitioner of Neuro-linguistic programming, a skilled eye movement therapist, a qualified Advanced BLAST Technique practitioner®, as well as also being a Motivation Therapist and Coach. I have helped thousands of people and I am confident that my help will positively make a difference, however, rather take my word for this, I would encourage you to read the reviews left by others, you can do this by clicking the link below.

So, if you are looking for a skilled hypnotherapist, with a wealth of experience in helping people just like you, then I recommend getting in touch, knowing that I can help wherever in the world you might be.

BOOK AN APPOINTEMENT
Had a 90 minute session of hypnotherapy with Darren and I was quite nervous about it beforehand. Darren put me at ease immediately and explained the process to me. I relaxed very quickly due to the tone of Darren's voice. The session allowed me to safely reflect about a traumatic hospital experience I had gone through and change my feelings about it. It no longer upsets me - which is just wonderful! I left feeling very positive. Darren has a natural gift and I can't recommend him highly enough!!����
ShaniS
I have regular appointments with Darren and he has been helping me massively. I was anxious about not being able to see him during lockdown. However, we had a session remotely and it was still a really positive experience. If you need support, please contact Darren.
Sarah J
I was going through a crisis of anxiety when I sought out Darren's help. From the get go he was warm and understanding, and he really listened to me and tailored the sessions according to what I needed. The sessions were amazing, they gave me such a deep sense of relaxation and space. It was this relaxation and space that helped me to see things more clearly and move through the crisis I was in. What I liked about Darren was how clearly compassionate he was about my situation. My self-esteem had been very low when I approached Darren, and it had recovered a lot by the time the sessions ended. If you're struggling and need some help finding your way, I would hugely recommend taking sessions with Darren.
Joseph C
Darren has helped my daughter after the death of her father two years ago. Besides the acute pain that went with his death, there were ten years of illness that preceded his death, thus causing chronic anticipatory grief, which in turn resulted in a series of viral illnesses in my daughter. Difficulties at school, and with her relationship with her father all added up to enormous "baggage". Darren has been an enormous help to her and I strongly recommend anyone with issues of any sort…Big or small… To see him.
Kim C
I've had several sessions with Darren to help with a complex issue that has been bothering me for a long time. Darren has a great many 'strings to his bow' - he's a Coach, Motivational Therapist, Advanced Hypnotherapist, Master Practitioner of Neuro-Linguistics and Advanced BLAST Technique® Practitioner. It was his skills and extensive experience with the BLAST Technique® that drew me initially, as a BLAST practitioner myself. However he has incorporated many other effective techniques in our sessions, as well as giving lots of excellent guidance as a fellow practitioner. He has a very down to earth, approachable manner and makes you feel instantly at ease. I have complete trust in him and have no hesitation in recommending him.
Christina
Darren is very kind and truly cares about people. He helped me let go of my anxiety and deal with my emotions in just a few sessions. I strongly recommend seeking his help if you are facing similar issues.
Imeine R
Having tried and failed many times, Darren's support has enabled me to achieve my goals this time. I am currently 25Kg (4 stone) lighter than I was when I started talking to Darren, and with his help, I will become (even) Leaner, Fitter and Stronger.
Rich J
Previous
Next